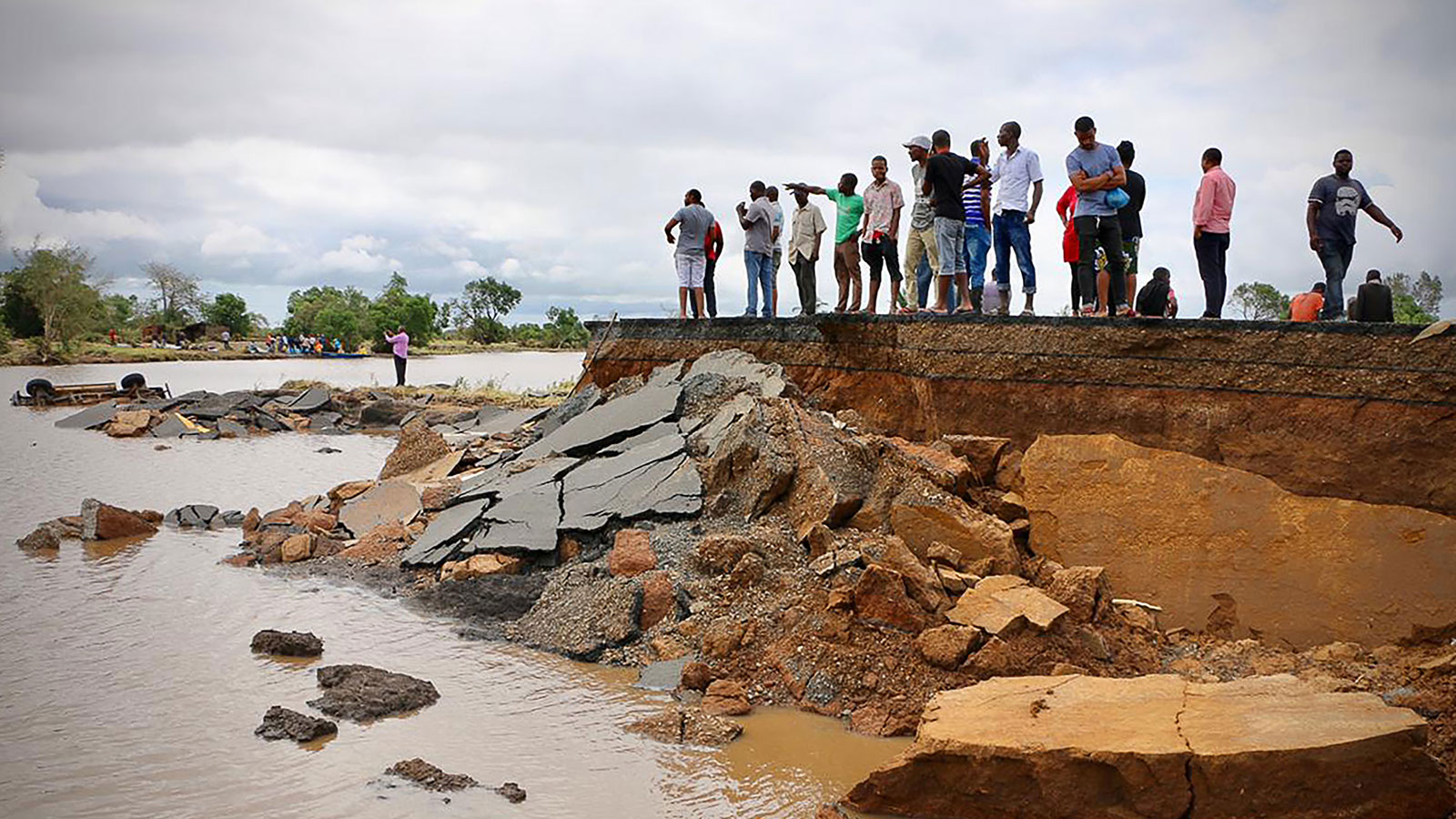 Reports coming in from Beira, the Mozambican city devastated by Cyclone Idai, are harrowing. Thousands of people remain stranded in floodwaters and nearly 250 people have died. According to reports, the death toll is expected to rise sharply as rescue workers gain access to areas cut off by flooding.

Humanity & Inclusion's Mozambique country director, Marco Tamburro, told CNN, "the roads are totally cut, so Beira is isolated and the cell phone network is down." With flood waters rising, the storm's destruction isn't finished. "It is a big risk having this big quantity of water in the city, there's a risk of an outbreak of cholera, malaria and other diseases."

In Beira, where Humanity & Inclusion has worked for several years, our team had previously identified highly vulnerable individuals as part of an inclusion project. Today, we are particularly concerned about these individuals and will work hard to ensure that they are included in the emergency response.

The damage is greater than expected, with many areas destroyed beyond recognition. Mozambique President Filipe Nyusi says 1,000 may have died. Humanity & Inclusion’s staff and their families based in Beira are safe.

We do not yet have accurate information from surrounding rural areas and are extremely concerned for the welfare of people who have not yet been reached.

Getting help to where it is needed most

“At this stage, we don’t know exactly what the needs are. Once on the ground, we will be able to gather information in order to find out where the most vulnerable people are and what they most urgently need.

"My role is to identify gaps in the infrastructure, for example blocked or destroyed roads, and to problem-solve in order to facilitate the work of all humanitarian organizations as they try to respond as rapidly as possible.”

Including the most vulnerable in emergency response

Humanity & Inclusion plans to provide logistics support and to ensure that the emergency response is inclusive– meaning that people with disabilities, older people, and other vulnerable have access to essential and appropriate support.