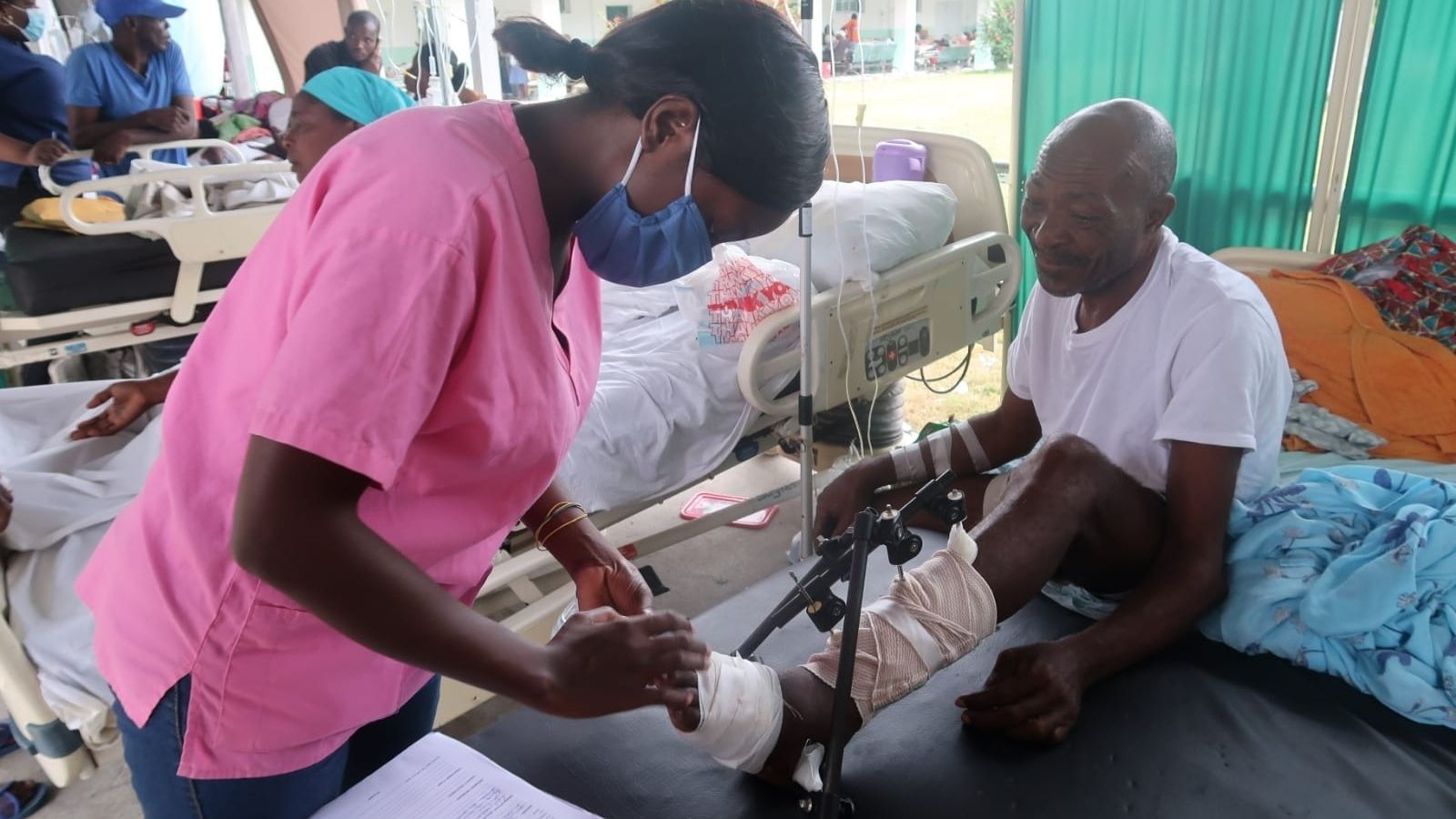 One month after the earthquake

The violent collapse of buildings and infrastructure injured more than 12,000 people, many of whom will require ongoing rehabilitation services to prevent long-term consequences or permanent disabilities. With roads blocked and hospitals facing a surge of patients on top of the ongoing Covid-19 pandemic, many people injured in the quake were unable to access care in a timely manner. This has led to infections and worsening conditions for already severe injuries.

Over 1,600 people with disabilities have already been identified in the affected regions, the majority of which are women, according to the United Nations Office for the Coordination of Humanitarian Affairs (OCHA). The disaster puts people with existing disabilities at higher risk, as it has become more difficult to move around or seek necessary care.

Tens of thousands are without shelter after more than 83,000 homes were damaged and 54,000 were completely destroyed. Schools and hospitals have also been closed due to damage and destruction, while the rising price of basic goods and a recent fuel shortage add to the fragility of the situation. Many are unable to afford essentials such as medication, diapers or food as they cannot continue their livelihoods or earn any wages.

OCHA recently estimated that approximately 980,000 people in the Grand-Sud would experience acute levels of food insecurity by February 2022, including 320,000 people in urgent need of nutrition. Since the earthquake, Humanity & Inclusion’s emergency intervention team has been in Haiti, actively responding to the disaster. So far, the team has:

In the next steps of the intervention, Humanity & Inclusion is planning to distribute 1,500 hygiene kits and clear rubble and debris blocking access to those in need. The distribution should be inclusive, accessible and will specifically target people with disabilities or physical vulnerabilities. Humanity & Inclusion will continue to coordinate shipments of humanitarian goods via the maritime project, provide rehabilitation services to those injured by the earthquake and evaluate evolving needs.