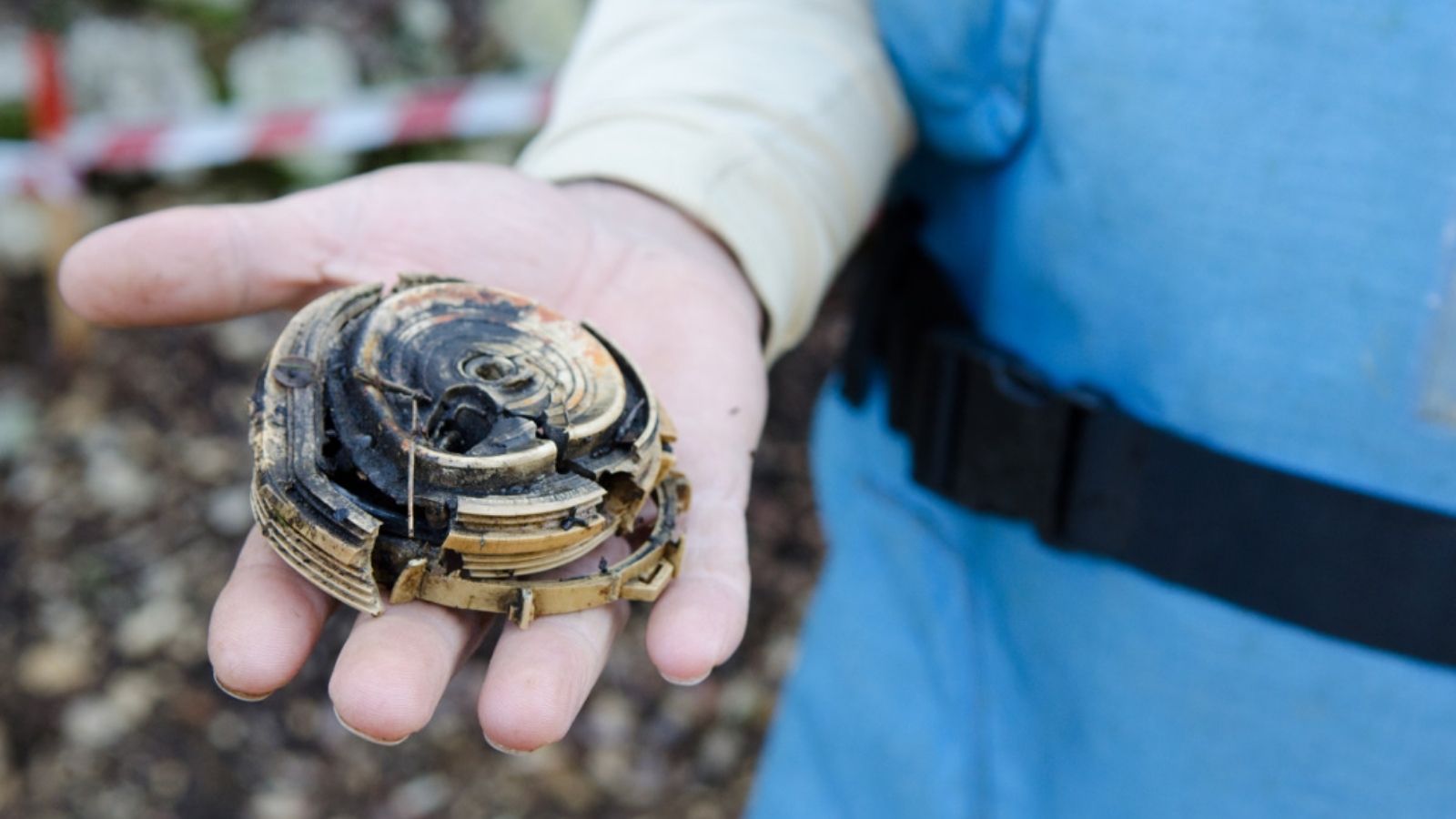 The fight against landmines is not over

Enacted 25 years ago, the Mine Ban Treaty has been a major step forward in international humanitarian law. But there is a long way to go to eradicate landmines. Anne Héry, Humanity & Inclusion’s Advocacy Director, explains the history of the fight to ban landmines and the ongoing challenges.

Q: Why are landmines banned?

A landmine is triggered by its victim, which is the very definition of landmine: you walk on a landmine, a plate presser triggers and causes an explosion, for example. It is indiscriminate; a landmine cannot differentiate between a soldier and a civilian. More than 80% of landmine victims are civilians.

Landmines are also cruel weapons. Landmines kill or inflict life-long injuries that may cause permanent disabilities. They blow off its victims' legs, feet, toes and hands—and may destroy their eyesight; Many landmine victims require their injured limb to be amputated. Landmines are designed to mutilate.

Q: What are the consequences of the presence of mines after a conflict?

A landmine laid during a conflict remains active decades after the end of hostilities. A large number of victims are killed or injured years after the conflict in their country has ended. Fights are over but the mines are still there. Presence of mines also has serious economic and social consequences. Communities are deprived of their contaminated land they depend upon like farmland, and water points may no longer be accessible.

Q: 25 years after the Mine Ban Treaty Treaty was signed, can we say we have won the fight against landmines?

The number of casualties decreased after the treaty entered into force, but we are now facing new challenges with recent increasing uses of landmines, specifically the increasing use of improvised landmines—or improvised explosive devices (IEDs) that function as landmines when they are victim-activated. More than 7,000 people were injured or killed by landmines in 2020, according to the Landmine Monitor 2021. Of them, one-third were victims of improvised landmines. A high number of landmine casualties have been recorded six years in a row following a sharp 15-year decline.

Landmines are not weapons of the past for the victims; we need to continue providing meaningful assistance to people who are injured, family members of those injured or killed, as well as affected communities. In many countries declared mine-free, victims still need assistance for the rest of their lives: medical care, rehabilitation, social and financial support. Only 14 States have victim assistance programs or disability plans in place to address recognized needs and gaps for people injured by landmines.

Q: What is the Mine Ban Treaty?

The Mine Ban Treaty, also known as the Ottawa Treaty, is signed by 164 states parties and includes a series of obligations. The first obligation is to stop to use, production and trade of landmines. States that have contaminated lands are also obliged to clear their territory of landmines, giving each country a 10-year deadline to do so. Since the adoption of the treaty in 1997, more than 30 States Parties have now cleared their territory. Clearance operations are underway in 35 other States, although most have had to request an extension of their original 10-year deadlines.

States are also committed to assisting landmine victims, most of whom are located in countries with very limited health and physical rehabilitation facilities. Victim assistance in the Ottawa Treaty was a major step forward. It includes the need for adapted medical assistance, rehabilitation services for the direct victims, and social and financial supports for families can bear the consequences of landmine accidents.

Q: What’s next for the landmine advocacy?

Although it has not been signed by all states in the world, the Mine Ban Treaty has become an internationally recognized and respected norm. But still, 35 states remain non-signatories of the Ottawa Treaty, including the United States, Russia, and China. A concerted and renewed universalization effort is essential to bring these states on board and reach the objective of a mine-free world.

There is still a lot of to do in terms of victim assistance. In many countries, people who have survived a mine incident may not have the appropriate medical care or services, including functional artificial limbs and psychosocial support. This area needs to be developed. We also need to strengthen their rights, as landmine victims often face difficulty in accessing the labor market, education, culture, sports, and more. States parties to the treaty need to develop support programs for mine survivors and affected families, especially inclusive education, livelihoods, small business or regular employment.

Finally, with the Ottawa Treaty, States have agreed to free the world of mines. We will continue to take on their obligation to increase their efforts to reach this important goal!