Libya | Care amid the challenges of war

In Libya’s city of Benghazi and the wider district, Humanity & Inclusion provides physical rehabilitation and psychological support in five health centers as well as in the homes of people with disabilities. 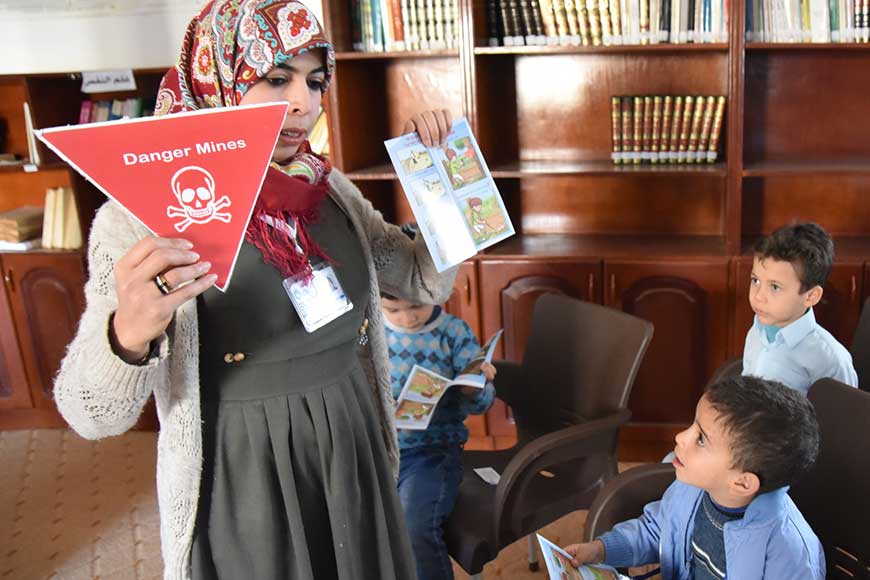 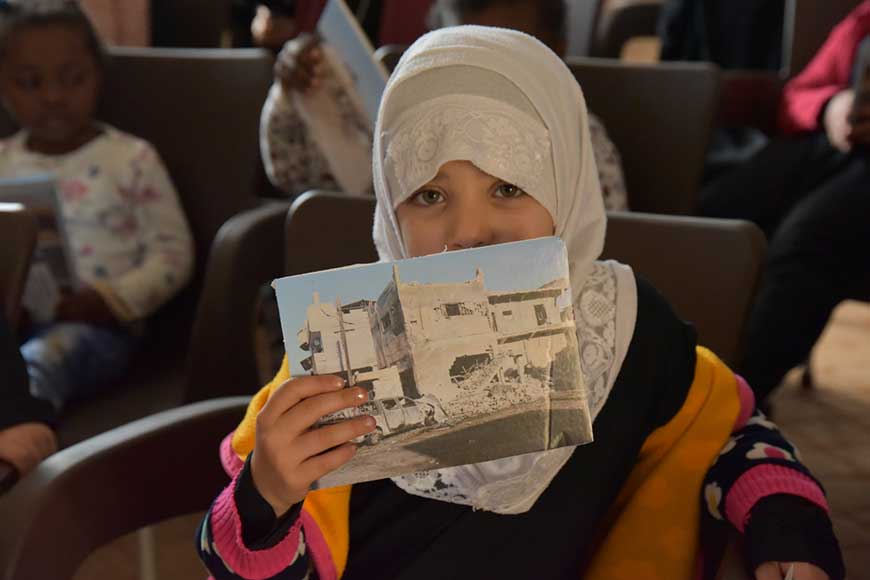 Libya | Half a ton of explosives cleared in Tawergha

Due to heavy bombardment during the Libyan revolution, the town of Tawergha was largely abandoned. The town is heavily contaminated by all kinds of explosive weapons, including grenades, missiles, and rockets.  Over the last three months, Humanity & Inclusion’s weapons specialists have removed more than 150 explosive devices from the streets of Tawargha.

HI’s team has identified and destroyed half a ton of weapons since November. Most were taken to a detonation site in the desert and blown up, but several rockets were too dangerous to move and had to be destroyed where they were found.

Our risk education teams reach out to the locals who have returned to area to make them aware of the threat posed by these bombs. We tell them that they can call us for free at any time to alert us to dangerous devices, which we then collect, defuse, or destroy.

The organization has already raised the awareness of some 1,300 people. The local population is grateful for this information and follows our guidelines—do not approach a suspicious object, do not try to move it, etc. We’re getting more and more calls, which shows they understand the dangers.

All returnees to Tawargha have attended at least one risk education session. The city council is closely involved and makes sure each returnee attends a session.

Some 600 people have returned permanently to Tawargha. Many people come back for a few days a month just to check their belongings, and then leave again. However, we expect a lot of people to return in the coming months.

Since the Libyan revolution of 2011, Tawergha, Libya has been a virtual ghost town. The streets are still strewn with explosive remnants of war—rockets, missiles, grenades, and ammunition—that pose risks to civilians. The inhabitants fled the city years ago and have been unable to return home.

However, a Humanity & Inclusion weapons clearance team has been scouring the city since early November and is systematically destroying or neutralizing explosives. As the weapons have been removed, families are beginning to return to Tawergha.

About one hundred families have moved back and others have returned to check on their property and are contemplating their next move. The start of the clearance operations has given people hope that Tawergha can be home again.

Humanity & Inclusion has set up a free hotline for local people to report the presence of suspicious devices.  In its first week on the job, the clearance team removed some 40 explosive devices thanks to reports from locals.

To help protect people from explosives they may encounter as they return home, risk education staff have been going door to door to warn residents about the dangers of explosive remnants of war.

Every day, a physical therapist and two psychosocial workers comb the internally displaced persons’ camps and areas around Tripoli, where displaced people sometimes live with host families. The Handicap International mobile team identifies people with disabilities, giving priority to children. Twenty-seven individuals received rehabilitation care this past month, and 50 people–including 33 children–have been referred to the nearest health centers for psychological or rehabilitation care.

April 3, 2016 marks the third anniversary of the United Nations’ Arms Trade Treaty (ATT), an agreement that regulates the trade of conventional weapons. The Treaty aims to prevent arms from being used to commit acts of genocide, crimes against humanity, terrorism, or other war crimes. This is an important step in the fight against weapons proliferation. Handicap International advocates for governments to adopt and enforce the treaty as part of its mission to protect civilians.