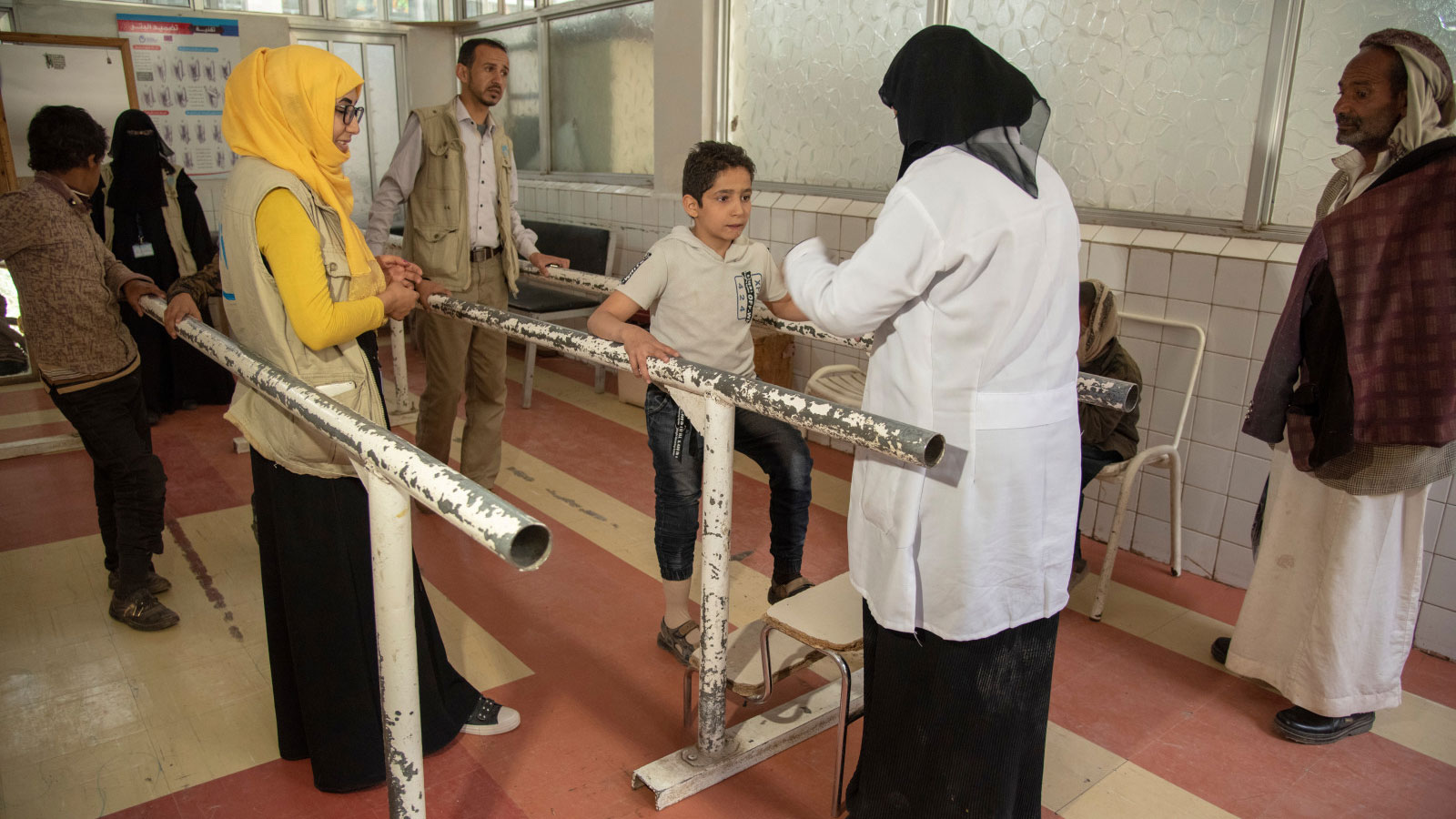 Yasser: The 12-year-old who lost everything

Yasser was doing his homework with his father on the rooftop of the house in Ta'z when a missile exploded. The next day, the 12-year-old boy came out of a coma at the hospital. His father was killed, his house was destroyed, his left leg was gone. After a month of recovery, Yasser's mother decided to take him to Sana'a to follow the rehabilitation care recommended by Humanity & Inclusion's team. Sana, a psychologist with Humanity & Inclusion, recounts the first time meeting Yasser. "Yasser had lost the taste for everything. He no longer spoke. Refused any contact. It was necessary that we help restore his confidence and the desire to live.

"We took him out of his isolation. He was given a cane that provide better mobility than the crutches he had. He was included in a group with other children his age who were all in the same situation–having to make the same efforts to relearn how to walk. The possibility of an artificial leg gave him the hope of becoming a child again."

Since 2015, Humanity & Inclusion has provided 4,200 prosthetics and orthotics and 21,000 mobility devices such as wheelchairs, crutches, and walkers, to Yemenis like Yasser. We've also conducted 20,000 rehabilitation and psychosocial support sessions.

Photo captions: Yasser learns how to walk on his new prosthetic leg with support from physical therapists from Humanity & Inclusion.