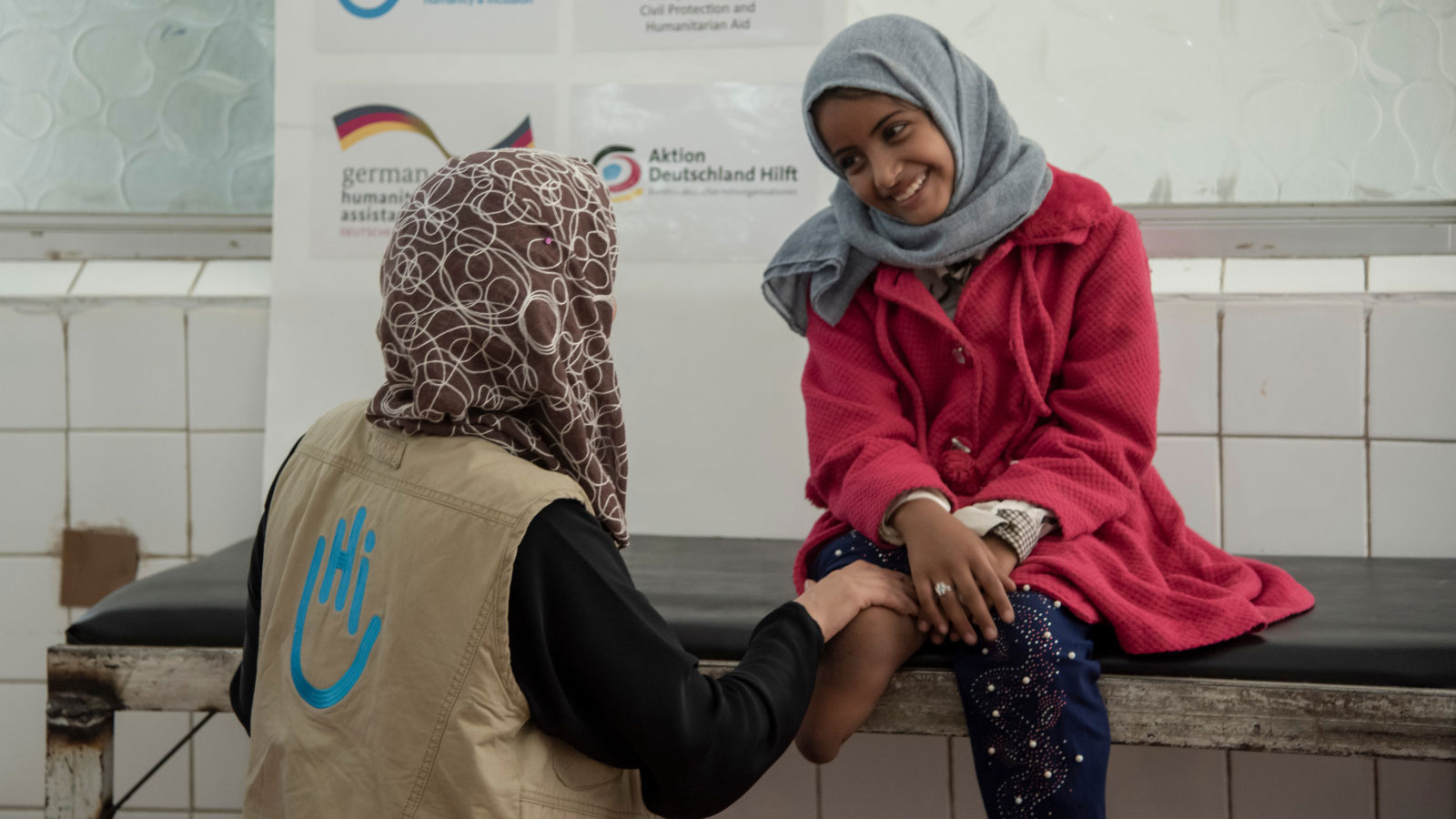 One morning, the same as every morning, Fatehia walked to school talking enthusiastically alongside her sister and friends. Hours later, a bomb struck their school, changing the life of this cheerful little girl and her friends. Terrified, Fatehia and her classmates ran out of their classrooms and into the courtyard. It was then that a second bomb hit the children in the schoolyard. Wafaa, Fatehia's friend died right next to her. Fatehia was seriously injured and fell unconscious. The school's vice-principal was also killed by the explosion.

After hearing about the air strike, Fatehia's father rushed to the school and found his daughter in a critical state. Fatehia lost her leg. He took her to the nearest hospital where doctors operated on the 8-year-old. After spending two weeks in the hospital, Fatehia reflects on her situation. “I was always thinking about my friend and sister, asking about them,” she says. “When I saw my sister again, I was so relieved! I felt better but I was still wondering about Wafaa, my best friend. Then my father told me that she was dead. I cried a lot. But my family was very supportive. They helped me a lot.

“Then I started to wonder if I could ever have a chance to walk again. I was brought crutches. I hated them because they made me ugly.” This new situation made Fatehia lose any desire to walk. Desperate and frustrated, she became isolated. She stopped moving and speaking.

Following this tragedy, the traumatized family left their home and settled in the city of Sana'a. Along with thousands of others Yemenis, Fatehia’s family are internally displaced individuals. They live a hard life, far from the old one.

Almost two years after the school bombing, Fatehia visited the Sana'a rehabilitation center, along with her father, uncle, sister, and brother. Fatehia and her family wondered if she would be able to walk again. Greeted by Humanity & Inclusion’s team, an HI physical therapist reassured them and explained the possibilities and progress of the treatment, which would allow Fatehia to be fitted with a prosthesis. At the same time, seeing that the family is still in a deep trauma, Humanity & Inclusion’s team offered them psychological support. Since then, Fatehia and her father visit regularly for psychosocial support sessions.

After only a few months of support from Humanity & Inclusion’s team, Fatehia has changed a lot. The uprooted and injured girl started to regain strength and confidence. Following individual and group psychosocial support sessions, she began to accept her disability. From that very moment, Fatehia, who had become mute, gradually began to talk, to share ideas, and make new friends.

Fatehia has a strong sense of humor and laughs about everything. She has become very ambitious. Indeed, since she finally can walk again, because nothing will stop her! Fatehia wants to become a dentist, but also an artist in her free time.

"I want to thank the Humanity & Inclusion team because they have made my life better with the disability. They have helped me to accept my disability, to overcome it, and to communicate with others again. They helped me to become strong again!”

With her enthusiasm, energy, and drive, we know that Fatehia will go far in life!