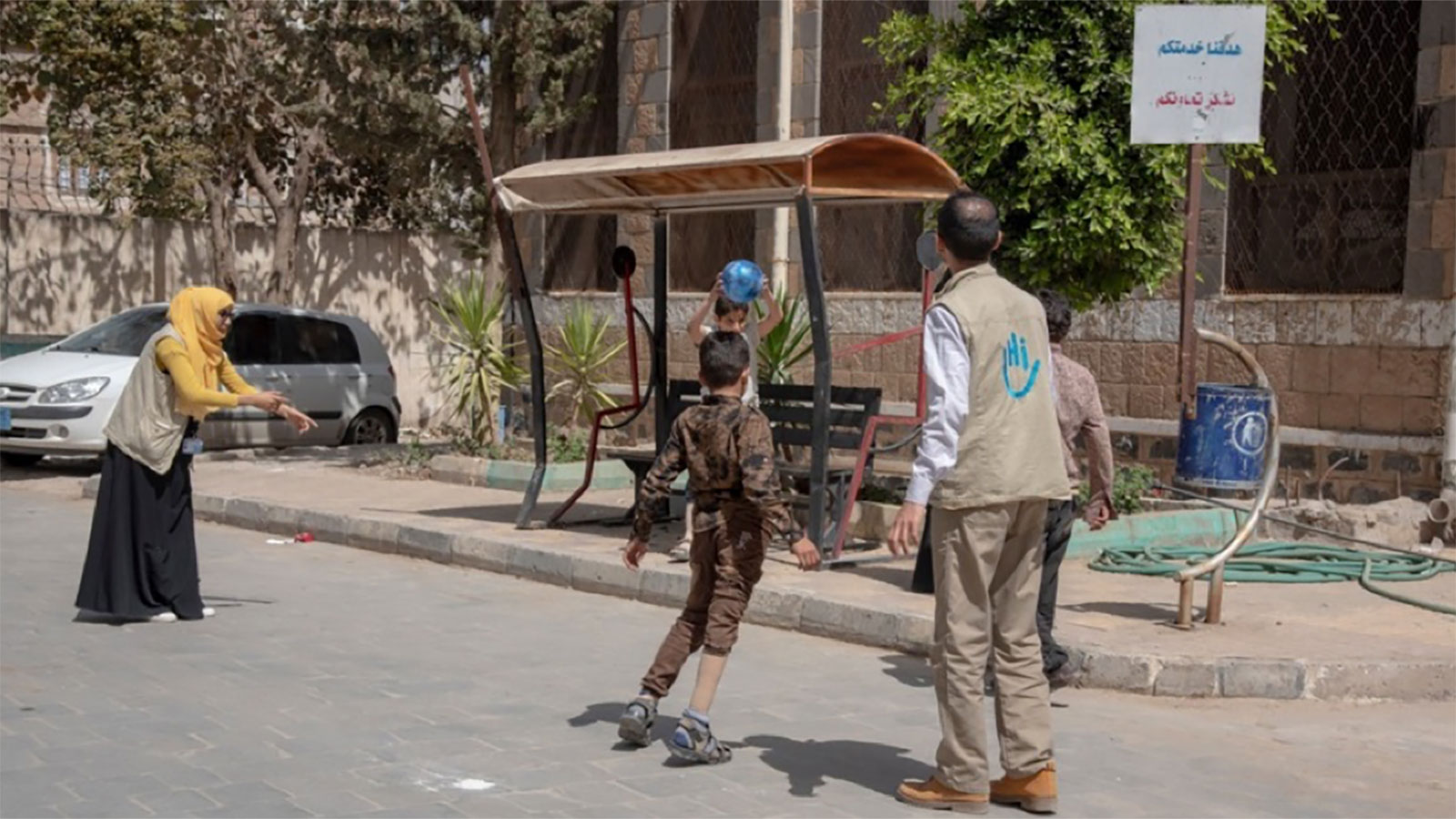 "I want to be a doctor and help people with disabilities"

When he woke up in the hospital and realized his leg had been amputated, five-year-old Anwar began screaming. No one could calm his tears. He was inconsolable. Anwar could not understand why his leg disappeared and continued asking relatives if he could have it back.

While fleeing the bombings alongside his family and neighbors in Sana’a, Anwar’s leg was hit by a shard of metal. Hours later, it was amputated.

The trauma of amputation

After being discharged from the hospital, Anwar continued to have significant pain and confusion. He eventually returned to school, but cut himself off from classmates and refused to take part in activities.

The hospital staff provided him with a prosthesis, but it was too heavy, forcing him to use crutches, which considerably reduced his mobility.

When Humanity & Inclusion’s rehabilitation team in Yemen met Anwar a few months ago, the young boy, who is now nine-year-old, was scared and withdrawn. Aiman Al Mutawaki, a physical therapist with HI, provides special care to Anwar. He receives physical therapy and is being fit with a new prosthesis, which will be properly adapted to his size. This has given Anwar new hope.

Anwar is particularly enthusiastic. In addition to physical therapy, he also receives psychological support from HI’s team. Therapy calms his anxiety. He also feels better knowing he is not alone–other people have also had amputations like him.

Today, Anwar is more outgoing and plays with other children his age. At school, he draws, plays soccer with his friends, and studies hard. "I want to be a doctor,” he says. “I want to help people with disabilities and support my family.”