A field visit to Colombia

Vladan Nikolic, Program Support Officer for Humanity & Inclusion, is just home from visiting an important demining project in Colombia that's funded by the U.S. Department of State's Office of Weapons Removal and Abatement. He visited a mine field, and saw the full spectrum of HI's work to protect civilians living near landmines. While there, a deminer at another site was stung by a scorpion. Later that day, a team deployed to clear a suspected landmine along a schoolyard path. Scroll down to see what it was! As he puts it, "even heroes have bad days." Here are some of his trip highlights: Aderito Ismael, head of Humanity & Inclusion's demining operations in Colombia, and previously of our work in Mozambique, delivers a briefing on the technical aspects of demining. He explained how each demining team stakes out the locations they'll clear, and the colors they use to communicate what they're doing and how to stay safe. 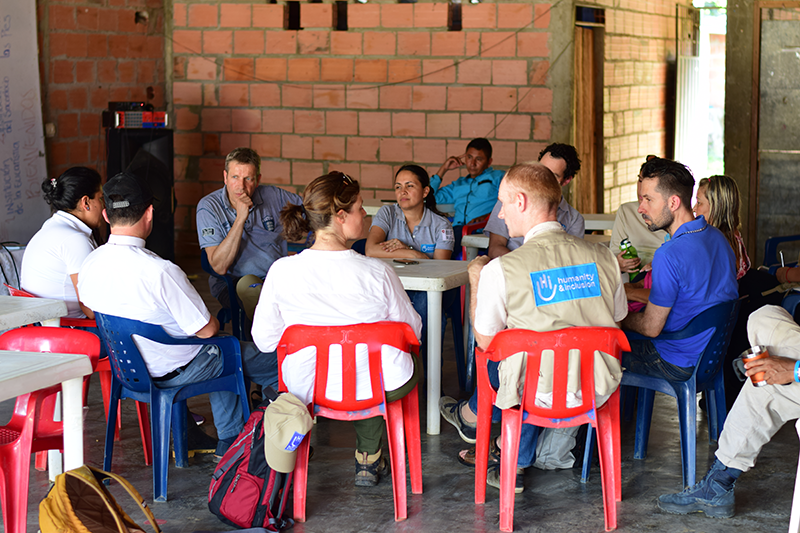 Our team met with Gloria, a beneficiary whose husband died ten years ago when he stepped on an explosive. Her five-year-old son at the time was injured in the accident. Since then, he's had 17 surgeries and continues to struggle with his sight and hearing. Our team is providing him with care, including help earning a living. Here, we're traveling across one of many rivers from the main office to a demining camp. Lucky for me, it's the end of Colombia's rainy season, so we could actually cross this portion of the river! 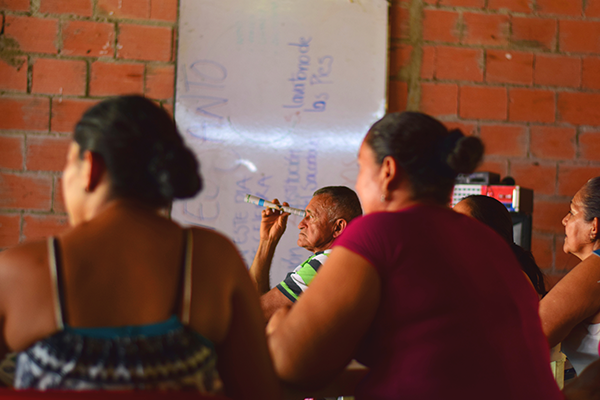 Alongside members of a local farming community, I attended a risk education session led by an HI community liaison officer. The community learned about the dangers of explosive remnants of war, and how to spot, avoid, and report any weapons they may find. The tire from a toy truck was flipped upside down and filled with mud. As you can see, it really does look like a mine! But we were so relieved when we found out it wasn't a deadly explosive on a path heavily traveled by children.

PS - NPR's Jason Beaubien traveled to Colombia in September 2017, where he met up with HI's demining team. His report explains how HI demines, and what the team found packed in a baby food jar. Listen in!