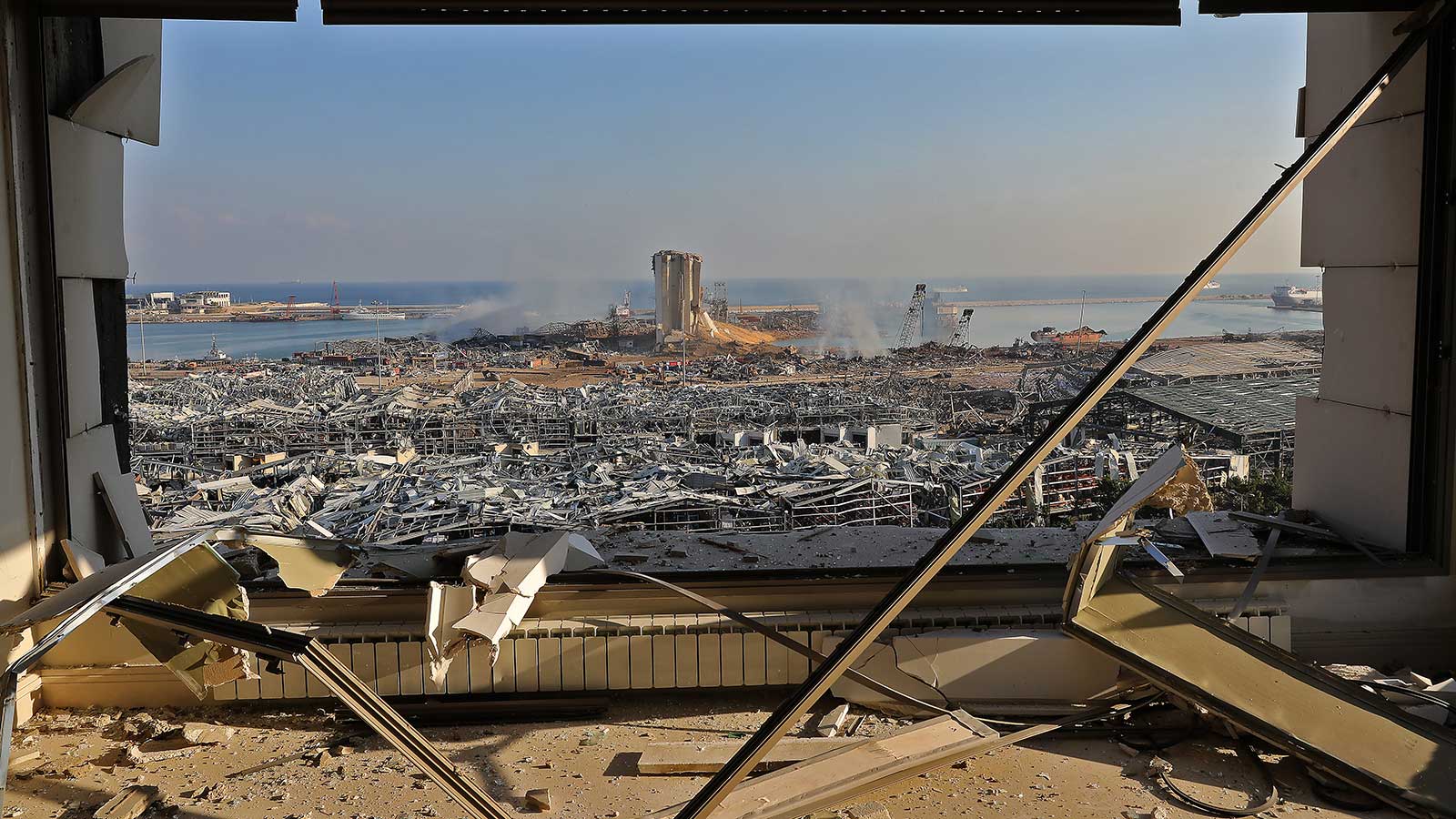 Injuries caused by the huge blasts in Beirut that occurred on Tuesday include burns, fractures, and amputations, in addition to thousands of minor and major wounds caused by shattered glass. 500 people are likely to need physical rehabilitation in order to recover.

Hospitals in the city are damaged and under-resourced. To contribute to the collective humanitarian effort, Humanity & Inclusion will be providing wheelchairs, walkers, and other mobility aids to victims with serious immediate needs who may be discharged from the hospital early. We will also distribute wound treatment kits containing alcohol, plasters, and bandages to allow those with minor injuries to treat themselves at home and avoid over-burdening hospitals.

Humanity & Inclusion currently has a team of 98 staff in Lebanon who are all being deployed to respond to the crisis. Additional emergency response experts will arrive in the country in the coming days.

Photo caption: A view from inside a building shows the aftermath of the blast at the port of Lebanon's capital Beirut on August 5, 2020. © Anwar AMRO / AFP