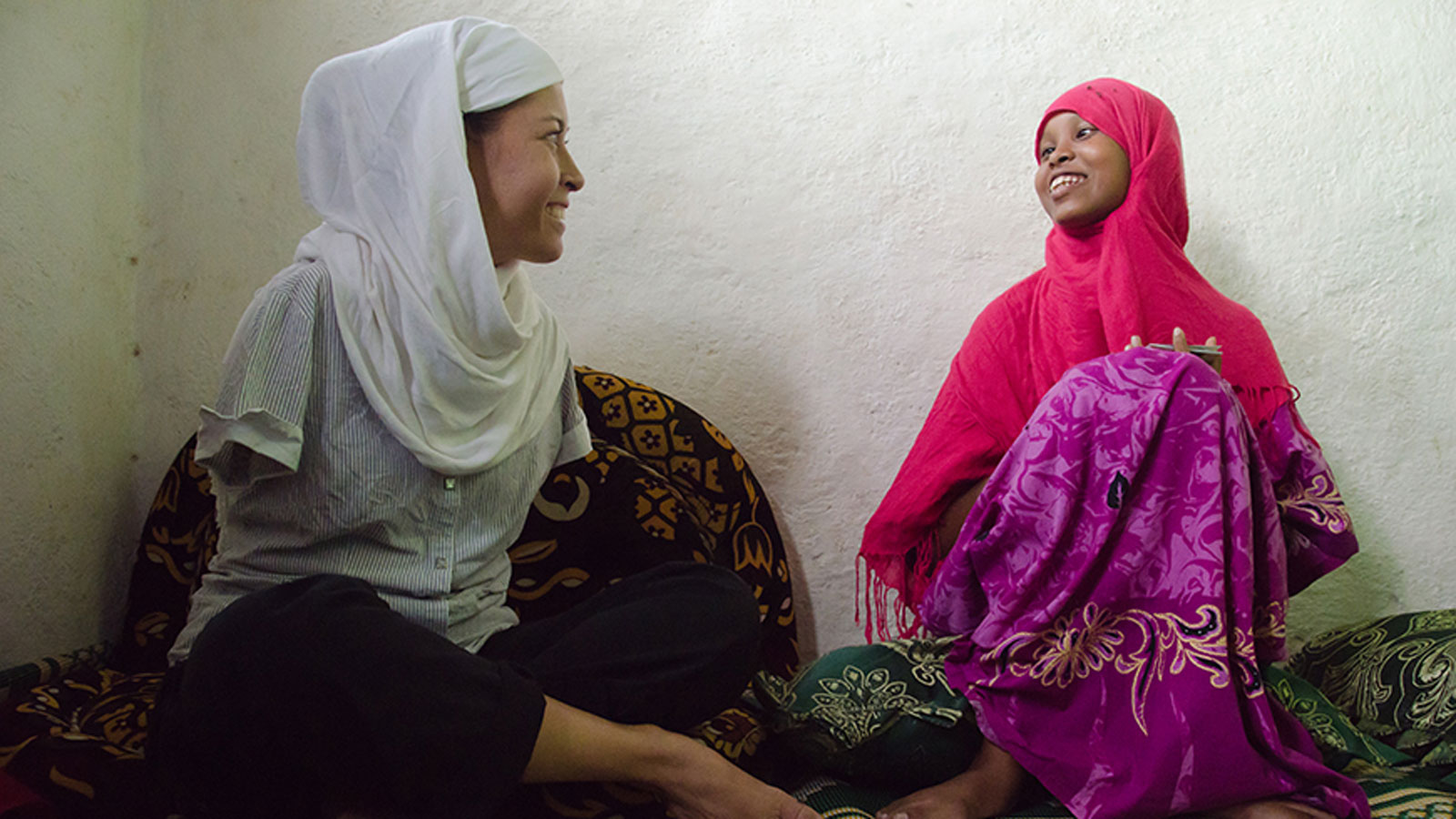 Fighting for the Rights of People with Disabilities

Friends, today I have a special favor to ask. Please, if you haven't done so already, join me in my efforts to advance disability rights by signing and sharing this HI petition urging U.S. Senators to support the Convention on the Rights of Persons with Disabilities (CRPD), also know as the Disability Treaty.

I have benefited greatly from U.S. disability laws, and people with disabilities in the rest of the world deserve these protections too. Whether we acknowledge our role as the world leader in disability rights or not, other countries still look to U.S. for leadership on human rights issues. The U.S. must ratify the CRPD.

U.S. laws enabled me to access my fundamental rights, especially in terms of having access to quality education. I’m advocating for similar laws to be implemented everywhere.

Education is very important in my family. My mother was the 13th child in a very poor family from Eastern Samar, Philippines. Her father, the breadwinner, died when she was barely a year old, putting the family in a dire financial position. However, despite their poverty, the family prioritized education because they believed in its power to transform lives. And so their family had a system—one sibling would graduate from college and then support the education of the next sibling, until all the siblings graduated.

Through this, my mother was able to rise above her poverty, become a registered nurse, and come to the United States. My mother moving to the U.S. turned out be critical for me—I was a citizen of a country where disability rights laws would allow me to gain the access and accommodations I would need to succeed in life. These same accommodations are still largely unavailable to people with disabilities in the developing world, including the Philippines.

When I started the first grade in 1990, the Americans with Disabilities Act (ADA) was signed into law. I didn’t realize it at the time but the ADA ensured that necessary accommodations were made to allow me to fully participate in school. At the public school I attended, the doorknobs were changed from the round ones to flat ones with a lever, a special slanted desk was built for me so I could easily write with my feet, and one of the restrooms was modified for me to be able to use the toilet on my own. Thanks to ADA, I was also accommodated in high school and college and in 2005 I graduated from the University of Arizona with a bachelor’s degree.

When I was younger I think I took the rights the ADA gave me for granted. But, as I started traveling as an adult I realized that many people with disabilities in other countries are not given same opportunities as Americans. When I began working with HI, I was shocked to learn that millions of children with disabilities in developing countries are denied education. Many factors contribute to the exclusion of children with disabilities, including discrimination, inaccessible school buildings, a lack of accessible transportation, and a lack of trained teachers and special education resources. Exclusion from education further perpetuates the vicious cycle of disability and poverty.

During my visit, I got to see the extraordinary impact of inclusive education on individual children. The story of Hodan (pictured with me above), a 17-year-old girl who had multiple disabilities, stands out in particular. Up until age 16, Hodan had been kept hidden at home by her parents who saw no purpose in sending her to school. After being persuaded by HI staff, her parents agreed to send her to a nearby inclusive, accessible school supported by HI. The change in Hodan was remarkable. When I saw her in the classroom, she was beaming with happiness as she practiced writing and read passages out loud. Before I left she told me: “Tell the world to send their children with disabilities to school!”

I returned home from Ethiopia inspired by what I saw and feeling that I needed to actively advocate for disability rights, something I had never done before. When I learned through HI that the U.S. Senate voted against ratifying the CRPD when 150 other countries had, I knew I had found my cause.

To me, it was unthinkable that the U.S., the country that created the ADA and actively promoted and funded worldwide efforts advancing disability rights, would reject the CRPD. Along with HI U.S. staff, I visited nearly a dozen U.S. Senators and told them why I thought they should support the treaty: Ratifying the CRPD would change no U.S. laws, but it would show the rest of world that the U.S. stands with people with disabilities.

I’ve been working on this campaign now for several years, and we still need to get the CRPD to the floor of the Senate so that it can be voted on for a second time. We need to get two-thirds of the Senate to commit to supporting the treaty in order to be successful.

This week, HI launched a new effort to gain signatures on a petition urging Senators to vote Yes on the CRPD. It’s vital that the Senators see that people from their home states want them to support this Treaty. In October, I’m planning to deliver printed copies of the signatures to the Senators who still need to be convinced to do the right thing.

I urge you to sign this petition if you haven’t already, and please share it with your friends and family members. Let’s make sure that the millions of people with disabilities like Hodan all over the world never hear the words "you can't".