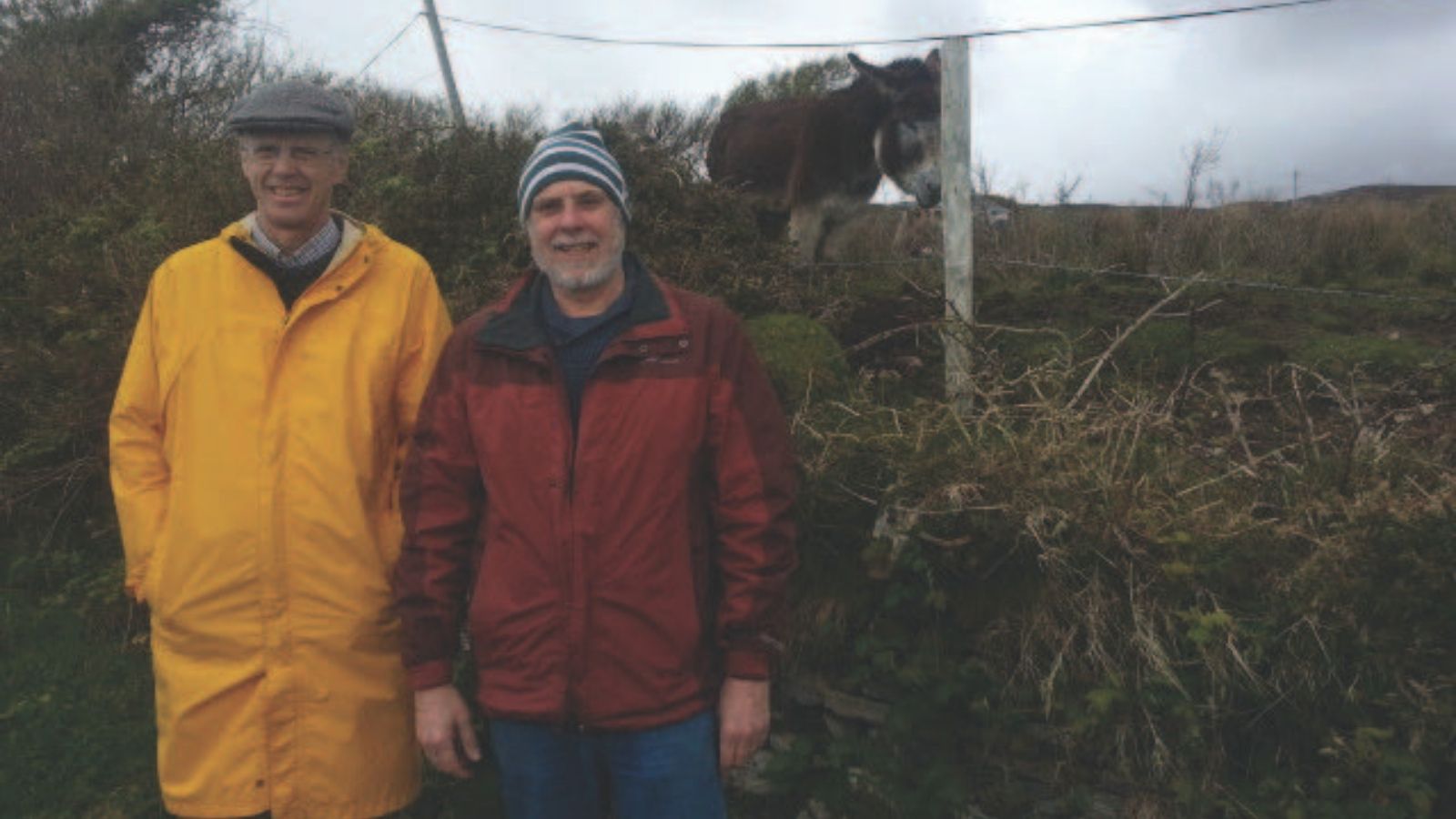 Leadership donor and Legacy Society member John O'Donnell established an inclusive fellowship with a significant gift to Humanity & Inclusion in honor of a long-time friend.

It’s not uncommon for Alan Bennett to receive an email from his friend of 40 years, John O’Donnell. But this email was unlike any other.

“To say I was overwhelmed is an understatement,” Alan recalls.

John, who lives in Washington, DC, had made a gift to Humanity & Inclusion in honor of their friendship.

“We met when were working at a Social Security field office in Oregon,” John explains. “We became fast friends…We’ve always remained friends. We talk regularly, sometimes every day.”

Alan is used to giving gifts in honor of his family members. In fact, in lieu of gifts each Christmas he and his wife make donations to their children’s favorite nonprofits.

“We have plenty, so we give to nonprofits,” Alan explains. “I don’t know if John maybe planted that seed. One of the things I learned from John is generosity. He is extremely generous.”

But until that email arrived, Alan didn’t comprehend the depth of John’s generosity. John had made a generous gift to Humanity & Inclusion to establish a fellowship to support the inclusion of professionals with disabilities overseas. It would be known as the Alan D. Bennett Fellowship.

“I admire him a lot,” John says of Alan. “He’s a smart, thoughtful guy. I’m really pleased that I can make this donation to an organization that’s doing this important work. I suppose it’s not like buying the naming rights to a sports stadium, but it’s as close as I can get, and it has some effect.

“Part of the appeal of supporting Humanity & Inclusion is how many local people are involved in their work, so that people with disabilities can be helped in the long term. Locally sourced materials keep costs down, support the local economy and local craftspeople, too.”

Both men share a love for travel, having traveled to Ireland a number of times.

“John’s the poet, and I’m the pragmatist,” Alan quips. “If you walk into a pub with John, you’ll be talking to everyone in a couple of minutes. John’s that kind of person. It would take me weeks to know those people!”

John lives with condition called retinitis pigmentosa, which has gradually taken his eyesight. Most people are blind in their 30s, John explains, but he “didn’t go full-in with the white cane” until he reached his 60s.

“I’ve been fortunate that I had eyesight for as many years as I had it. I had a 30-year career without a lot of assistance," he says. "And now, there’s computer technology that I can use.”

John balances out his generous giving with support to his high school, The Phillips Collection, the Library of Congress and other organizations. He has been a leadership donor to Humanity & Inclusion for the past decade, and is one of the founding members of the organization’s Legacy Society, which includes dozens of donors who have named Humanity & Inclusion in their wills.

After Alan read John’s email, he called John to ask an important question: “how can I let you know how meaningful this is?” John’s answer is simple: “the friendship, and knowing the money will be put to good purpose, is thanks enough.”