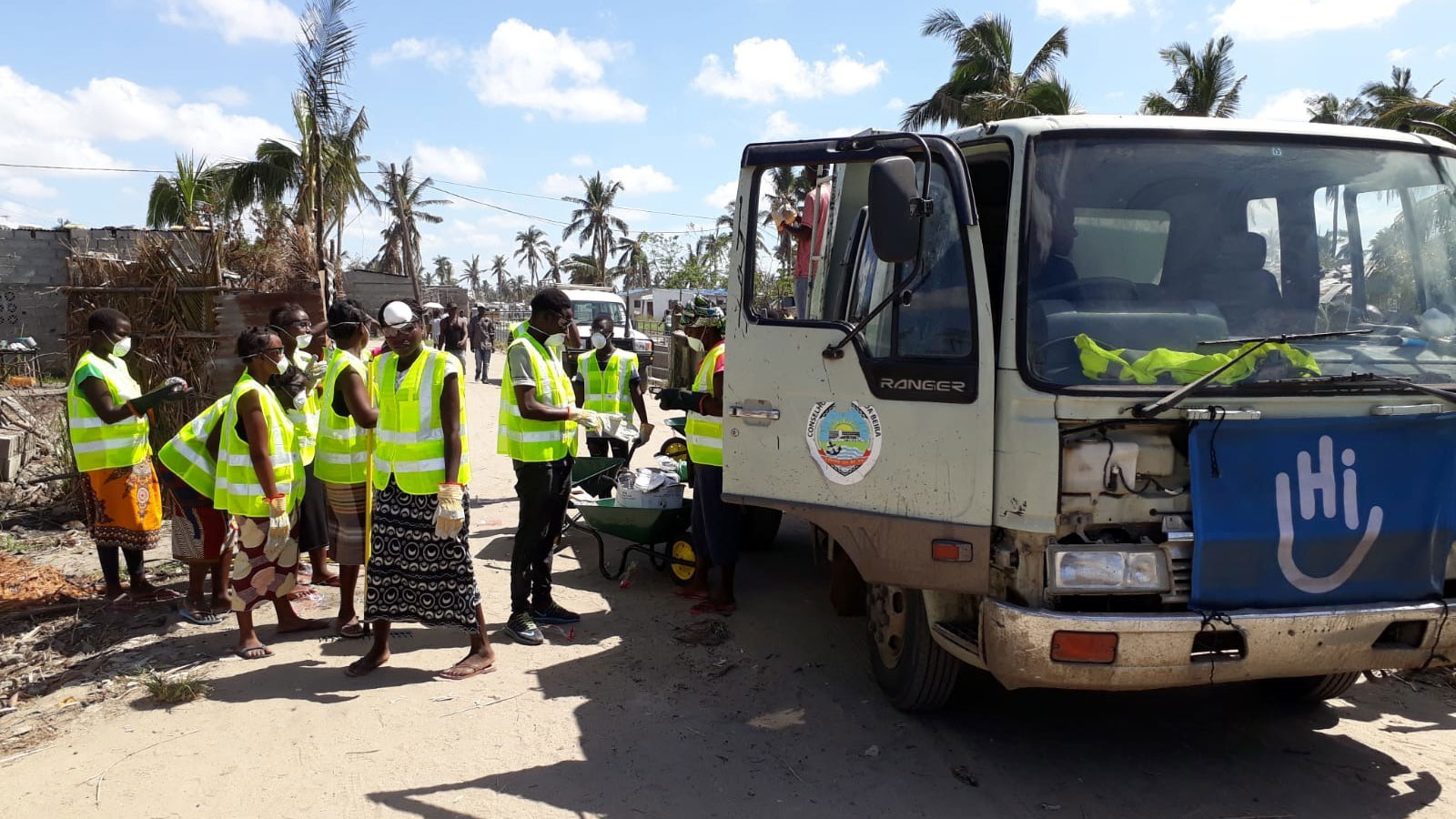 Ten days after the cyclone hit, at least 770 square miles of land remains under water. More than 150 miles of roads are reportedly still partially flooded, including one linking the port of Beira to Zimbabwe. Beira is the country's second largest port. Most goods supplied to neighboring countries usually pass through it. These countries have also been hit by the cyclone. “Access ways to the port need to be repaired as soon as possible," says Fabrice Renoux, a project manager with Humanity & Inclusion’s Atlas Logistique division, sent to beef up HI’s team in Beira." The airport is open again but it’s not enough to supply humanitarian aid."

Humanity & Inclusion’s team plans to introduce clearance measures in Beira in order to open up access ways. We'll do this by coordinating the work of clearance teams and trucks which will make it possible to deliver humanitarian assistance to people made vulnerable by the disaster. "But it is also essential to clear secondary roads in order to help people in rural areas, and we’re looking into other modes of transport, such as barges, to deliver humanitarian assistance for aid organizations to still-flooded areas.”

On Saturday, the Mozambican authorities announced that the death toll had topped 400, with 1,500 people injured. This number is likely to rise as receding flood waters open up currently isolated areas. Crop destruction also poses a threat to the local population, which is no longer able to meet its basic needs. The risk of epidemics increases by the day due to poor hygiene and stagnant water.

Communication with the city of Beira, where Humanity & Inclusion’s team is located, remain intermittent. “As I arrived by plane, I could see that Ruzi district, just south of Beira, had been hit by floods even more so than wind," Fabrice adds. "On the roadsides, you can see that many telephone poles have been twisted or brought down. Communication problems are making it difficult to coordinate assistance.

"From what I could see in Beira, most damage was uprooted trees, fallen branches, and torn-off roofs. Building damage is due mainly to falling trees. A church was almost completely blown away by the cyclone. The roof had disappeared and part of the facade.”

Throughout the city, people are working tirelessly to repair damage from the cyclone. “The local population is extremely resilient. Many trees on the ground have been cut up. Large numbers of volunteers are searching the debris. But we still don’t know how people in rural areas have responded to the disaster.”