A bright future for Dharma

When Dharma Devkota was five months old, she was burned so badly that both of her legs had to be amputated. At the time of her accident, she and her family were living in the western hilly district of Surkhet. After her injury, they moved to Kailali, a district in western Terai.

For years, Dharma was carried to school by her mother, and sometimes by her father. In rural Nepal, children generally start school when they are four or five-years-old. Dharma started when she was eight, and would sometimes miss class when her mother became busy with household chores or agricultural activities.

That is, until she met the Community Disability Worker (CDW) through USAID’s STRIDE project. HI’s partner organization visited Dharma at her home and explained the process of being fit for artificial legs. “I did not believe that my daughter could walk and be independent,” Ranga Devi, Dharma’s mother said. “And I never imagined that she could cycle.” 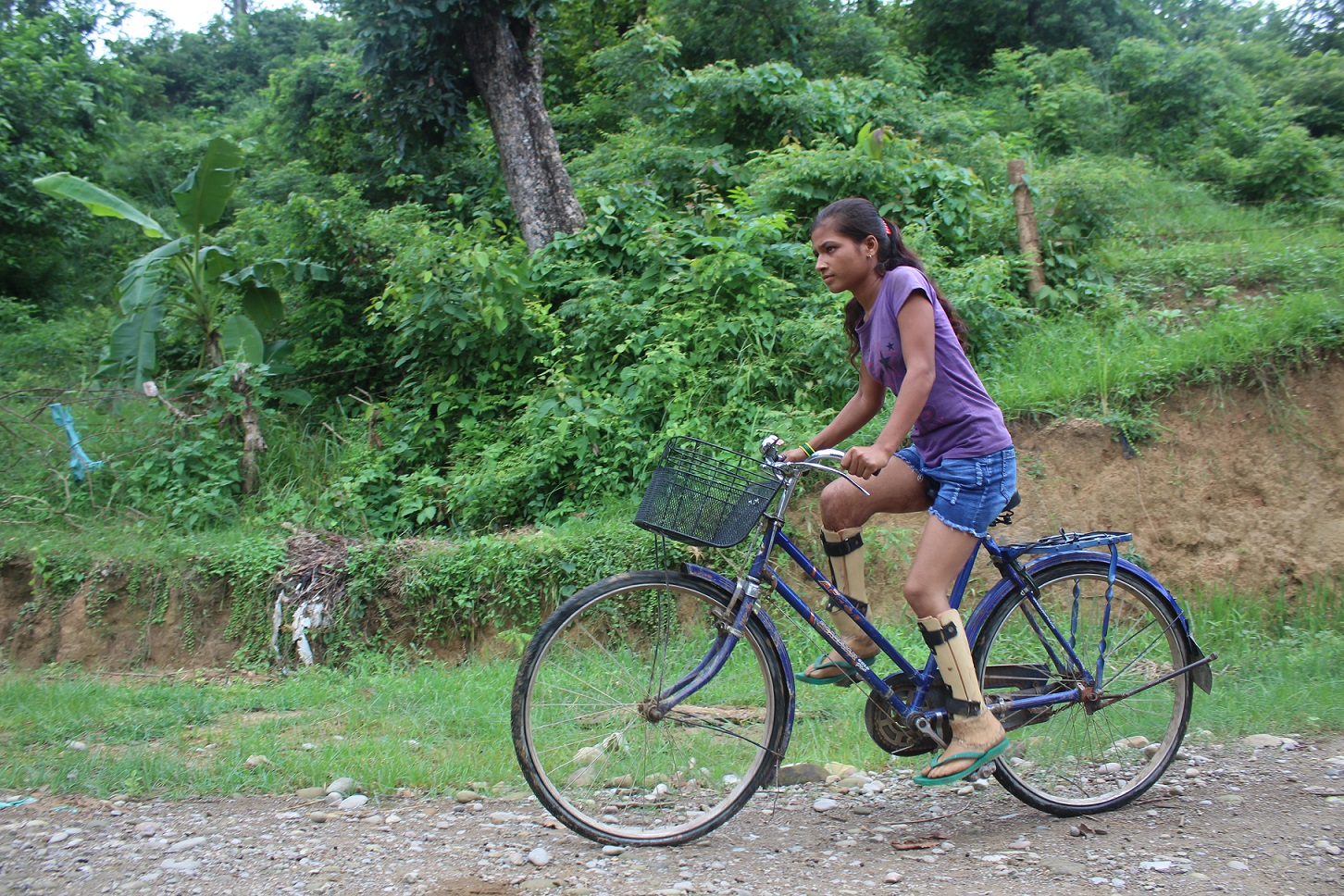 Today, at the age of 18, Dharma is strong and independent with support from her second set of artificial legs. “She is a girl with strong determination,” her mother adds. “She learned how to cycle in the period of a week.”

Dharma attends school regularly, and travels to and from by bike. Her two brothers help care for her and help her study for school exams. She reads at a 9th grade level and dreams of someday becoming a nurse. “Now I never have to miss my classes and I can go to school regularly,” she says. Her mother adds: “Since she has become regular at school, she has improved her position in class.”