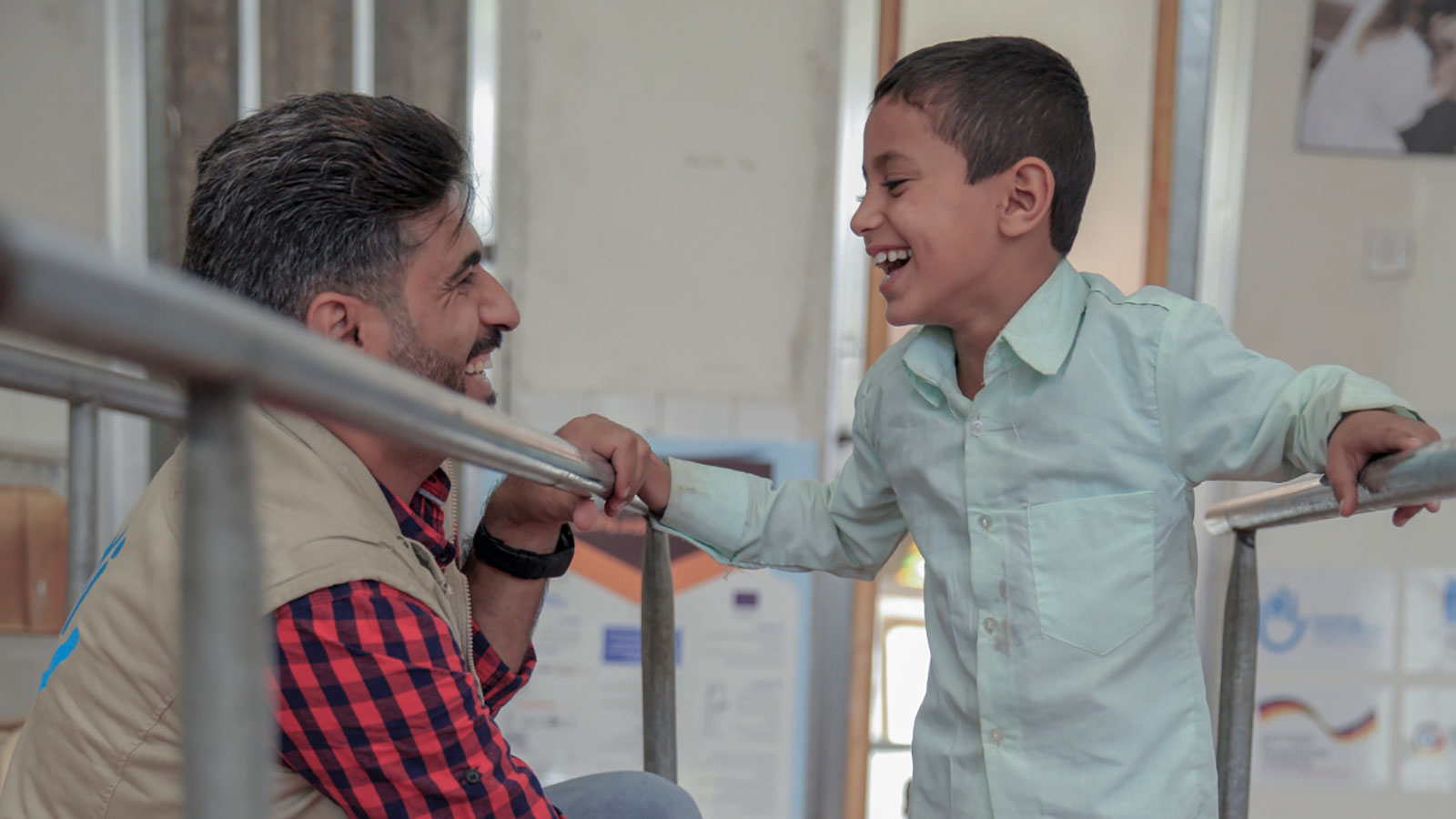 Marwan regains his smile and mobility

One night, as everyone was asleep, seven-year-old Marwan’s neighbor's house was bombed. Everything exploded. The house where the little boy lived with his family was plunged into chaos. There were screams of terror and pain as members of his family ran around aimlessly in the dark.

His uncle finally spotted the little boy. "I found Marwan and pulled him towards me, but his right leg was just hanging from him,” he says. “He was screaming and asking for his parents. They were all injured. We took them to the hospital where they were given first aid and referred to a bigger and better-equipped hospital in another province. The doctors said Marwan's leg needed to be amputated. He was crying so hard. After the surgery, he became sad and frustrated."

When he got out of the hospital, despite their injuries, his parents supported and encouraged him, but he became reserved and depressed. Seeing his condition worsened, his uncle gave him a pair of crutches. He refused to use them at first, but eventually hopped around on them as best he could. When Marwan’s doctor told him he could be fitted with a prosthesis, he felt hope that he might walk again.

Four months after the explosion, Marwan and his uncle traveled to the Sana’a rehabilitation center in Yemen, run by Humanity & Inclusion. Marwan was measured for a prosthesis and given better crutches to move around more easily while he waited. He also attended psychosocial support sessions and gradually learned how to play with other children and to share in their games again.

His prosthesis is ready, but he has to learn how to walk again. Marwan is now attending rehabilitation sessions. With his "new leg," he will be able to play his favorite game, soccer, again. His real self is beginning to shine through. He is full of energy and laughter and tells us he wants to be a doctor when he grows up: "A doctor who treats people's legs," he says, very seriously.

"My nephew can go back to school now and live like any other child," adds his uncle. "I want to thank the entire Humanity & Inclusion team for helping him cope with his disability."

Your gift today could help our rehabilitation teams provide vital physical therapy so that children with disabilities like Marwan can stand tall.