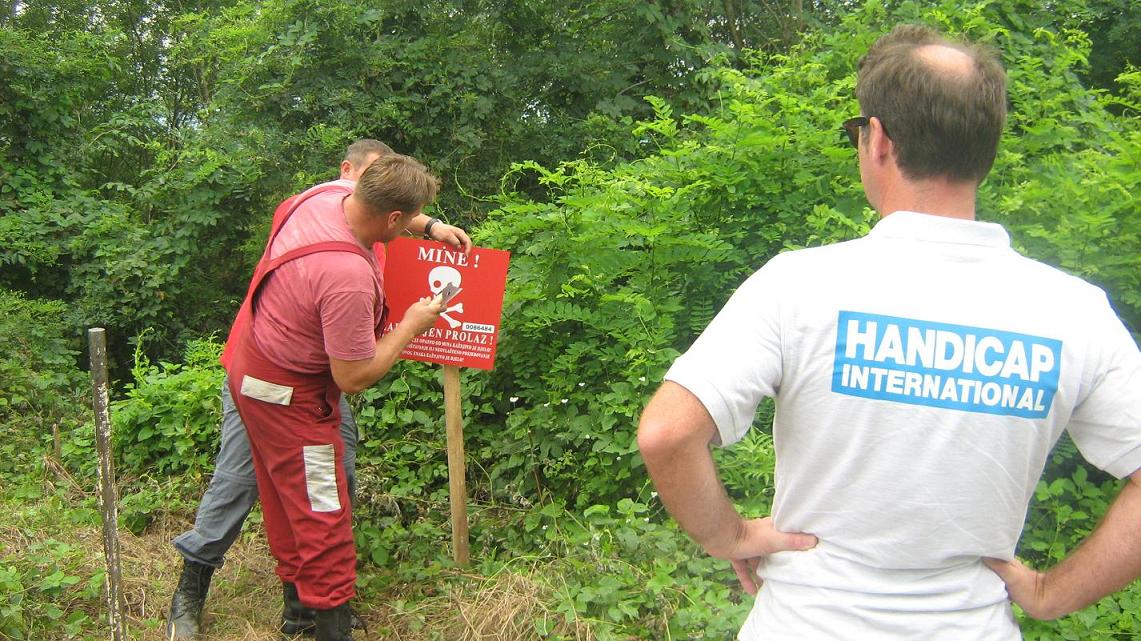 In Bosnia and Herzegovina, large areas contaminated by landmines prevented the return of populations expelled by war. Handicap International operates by combining its expertise in mine clearance with socio-economic development. The removal of mines has helped almost 100,000 people to reconstruct social and economic life in their villages.

In May 2014, following the severe flooding throughout the country, Handicap International has also raised awareness of the dangers of mines dispersed by floods and landslides. Handicap International's program in Bosnia and Herzegovina currently employs one national staff member and two expatriates.

In May 2014, 51 landslides due to floods displaced landmines dating from the 1992-1995 war, burying weapons in locations that were not so far mined. In partnership with local organizations in the municipalities of Zepce, Zavidovici, Maglai, Doboi, Zvornik, Bratunac, Kalesija, and Olovo, Handicap International has enhanced mine risk education by implementing awareness sessions for these newly at-risk populations. In addition to awareness, these session also consist of mapping contamination and marking or re-marking dangerous areas.

THESE PROJECTS ARE POSSIBLE THANKS TO HANDICAP INTERNATIONAL DONORS, AND THE FOLLOWING FUNDING BODIES:

Error in tag 'tag' - No such tag slug bosnia_and_herzegovina